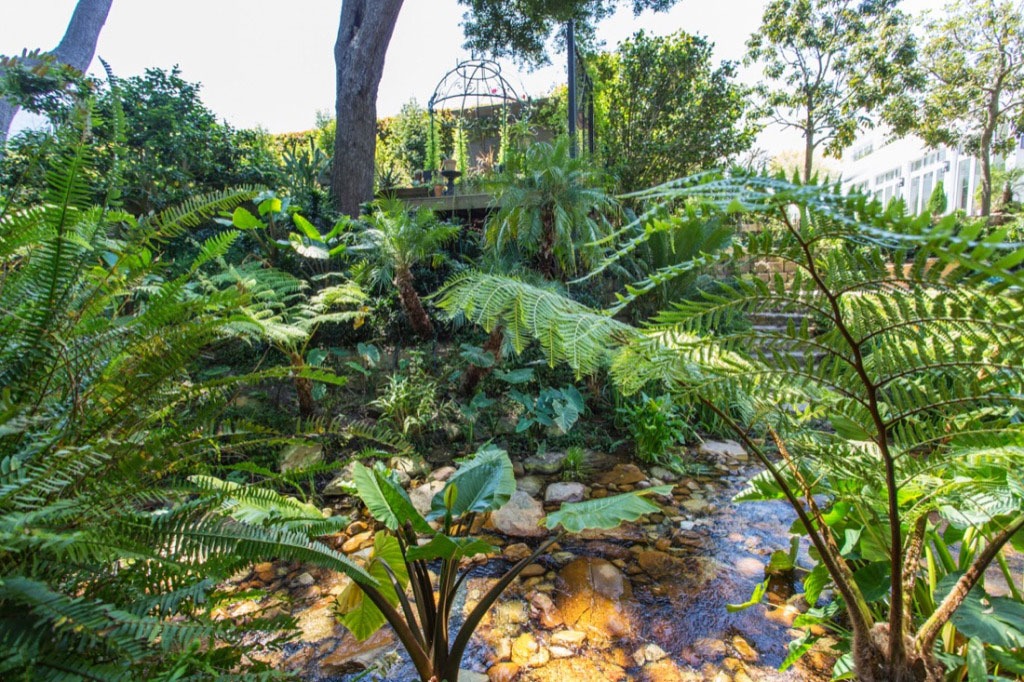 Shoot My House is the top Filming and Still Shoots company in Cape Town. We manage many of the best garden film and photoshoot locations in Cape Town and the Western Cape.

The glorious rains we experience in the winter of 2019 and the subsequent rise in dam and water table levels have meant that our beautiful gardens can once again flourish. Merriam Webster defines a garden as a plot of land where herbs, fruits, flowers or vegetables are cultivated. But, to my mind, a great garden is more than that. It feeds the soul. It provides sanctuary, refuge from the harshness of the outside world. It is A place for harnessing nature’s energy and refueling before launching out again into the fray!

We have put together a little compilation of some of our favourite gardens. They are as different from each other as it’s possible to be. Each one speaks to the homeowner’s personality and is an extension of what is important and beautiful to them. Often left to their own devices and largely ignored or undervalued, gardens can, and often are, nothing more than a patch of lawn with a few shrubs planted around the border with precious little thought to what a garden can say about the people who live at that address. Not so with these beautiful gardens.

Forest Zen uses the plot specifics to dictate the layout of the garden. With a beautiful little stream running right through the middle of the property the owner has cleverly used a series of wooden walkways and platforms to create useable spaces above the water and to link both sides of the garden. The result is a garden that is peaceful, calming and that is an extension of the owner’s philosophy. Forest Zen is currently available for still shoots.

Dawn 777’s garden overlooks the majestic Constantiaberg mountains and the awesomeness of that would be marred by large trees on the periphery, so they have opted for indigenous vegetation that hugs the earth and have created wooden walkways through the indigenous garden. The garden is further adorned with magnificent sculptures. Directly in front of the house is an area of the finest greenest lawn you ever saw which caters to playing kids and outdoor functions. A boxed vegetable garden to the side of the house is presided over by a large-scale sculpture. Dawn 777 is a popular stills and film location in Constantia, Cape Town.

Midnight in The Garden in Somerset West is a part of a larger farm. The owner’s love of all things roses is very apparent within this garden. A more traditional style garden with a huge lawn running up to the manor house, beds of roses adorn both sides of the lawn and a magnificent dedicated walled-in rose garden presides over the back garden. They have used large trees including cypresses to demarcate the garden areas from the rest of the farm with its acres of vineyards beyond. Book Midnight in The Garden wine estate in Somerset West today and take advantage of its magnificent garden for your still shoot.

Angels View has a distinct Italian feel to the house and the garden with its water features including ponds and its Cyrus trees. Again, a love of roses is clearly visible in this garden which utilizes garden “rooms” to create interest and secret areas. Terraces have also been used to create interest. Lavender, roses, masses of plantings of Agapanthus abound. Beautiful arched walkways with gravel pathways add to the romanticism of this garden. There is a riot of colour in this garden of many flowers. Angels View in Stellenbosch near Cape Town is a real gem and available for both film and photoshoots.

To complement the very traditional home which dominates the property at Heatherfield, and because of the relatively small size of the garden, the owners have opted for a garden that has a lot of structure and utilizes hedging and shaped bushes to create interest and define areas as separate from each other. In amongst this structure are plantings of more unstructured elements like free climbing creepers. Rather than colour the garden design has concentrated on shape and structure in this beautifully considered town garden. Heatherfield is a classic property in Tamboerskloof Cape Town that is available for still shoots.

Toulouse, by contrast, is a large farm garden. A gentle nod to Italian and French style is apparent in this garden. The garden looks down into the Stellenbosch valley in all its magnificence and again the design takes this overwhelming view into account.

Large areas of grass are cut into with lush and almost overgrown flower beds bursting with colour and texture. Large rounded hedging creates interest and whimsy in this abundant garden. The vegetation seems to be bursting out of everywhere in this magical garden. Repetition is used to great effect in order to hold all the various aspects of the garden together in a cohesive whole. Toulouse is a delightful home on Waterford estate.

A more suburban garden is that of Southern Belle in the Southern Suburbs of Cape Town. The home is a traditional Cape Dutch building, so it is only fitting that a large oak tree has pride of place in front of the verandah. The owner has created a lovely garden room using a red brick wall with a round keyhole within it. This clever detail tricks the mind into imagining a mirror in the garden where there is none. The wide beds of this garden are planted full of repeated colourful shrubs and flowers that flower at different times of the year. Playing with varying heights and Texture creates movement and interest in this tranquil refuge. Southern Belle is an awesome family home often used for film and photoshoots in Cape Town.